I invite you to read with me through my returning vision reveiwing upon the gone timeframe known as 2021. We leave this time behind us, the year 5 numerologically, considered a changeable infuence with much to experience , perhaps to lose, to redefine ourselves by, we leave it behind us as we ‘ Push on’ into our next stage of 2022, the stable influence of 6 comes into play.

I turn my attention backwards for a moment to take stock of 2021 compiling the story of completed energy work that we took upon ourselves as a ‘lightwarrior’ group in action based in Ireland, the group I was guided when in meditation to get organising where I heard the phrase

“Boots on the Ground”

Bridging the old with new that is what we do as Quantum Shamans /Healers/lightworkers integrating the Self through shadow work.

And so our first trip took us to Lough gur an ancient old prechristian site in county Limerick, Munster province, you can read more about the historical significance by clicking the link below..

The day we went to this spell binding place we had an unusually sunny day, we stayed all day long making the most of the peaceful energy here. It is well known that a NASA scientist came to this location making numerous trips to conduct his specialist tests here.

It is interesting to contemplate why and what would NASA want with this area? What were they looking for? I can tell you that they didnt find it, thank God! Lough Gur is so protected by the Divine realms, not to mention the Sidhe (she) the wee fairy folk, no ungodly agency managed to interfere with the frequency held here for centuries.

On to our next destination, we found ourselves on the shores of Lough Derg, the largest lake in Ireland.

It was nearing the end of June right before the mid-summer solstice, I found myself with an unwavering call to head off to Killaloe for the day, despite the weather being quite dull, the instinct was strong, I hear the call , I honour the mission. Upon arriving on the shore of Lough Derg, I sensed the immediate urgency of immersing myself in the cooling lake water, where only the swans were gliding upon the silken water, I’m sure not one bit bothered by the overcast weather.

I got myself into the water, it was cold, it was fresh and it was enlivening! Then the energy responds, the flow of information and insight begins. The detail of which I cannot share unfortunatly to guarantee the safe continuation of the sacred healing work iniated within the lake, the mountains surrounding it, the many underground waterways and the most sacred of all, when we look to the sky, not forgetting that serene reflection of the water transporting us to the cosmos, the galactic star portals.

As we travel on, we head to this very royal sacred site in the center of Eiru. The Hill of the Kings, Queens, Druids and Druidessess where ancient ceremonial rituals were carried out. We were met by a tourist guide, as she walked us along an ancient well worn path way, we discoverd this was the ceremonial path traversed upon all those many many eons before us, the people we emerged from never quite knowing if we would have the same remembrance and reverance for their ancient rites of passage.

How do they look upon us as we tred along on the faithful soil?

Myself and one of my companions from QLLN looked at each other before words were uttered we both were experiencing the same thing.

We were not alone here, high above us flying overhead, our Dear Dragons of Uisneach Hill were coming in, the energy process of cleansing negative energy turning it into a higher frequency , the recyling and renewal process begun. What is the connection here to water you may ask? Think of this location as if it were a fountain, a spring where the codes flow through the majesty of our royal lineage, flowing from the heavens upon the anointed ones here on this revered location.

This was undoubtedly the highlight of our year for the QLLN group. A series of connected Shamanic/meditative journeys brought me to the sublime powerful energy of the egyptian Queen Scotia whom is one of a few pharaohs buried in Ireland. She arrived here reportedly in 100 B.C and fought with the Tuatha De Danann on sliabh Mish in Co. Kerry.

Of course it makes sense, the gradual move through the country entering into each county as we go, water the feminine element, graceful, powerful, life sustaining, submerging us in the womb and washing our material bodys at the end of the day, the cleansing renewal promise of life starts all over again.

Think of the great bodys of water Scota navigated to arrive on these ancient shores, even the notion that they knew we were here, discovered and much navigated. How much are we unaware of? How much knowledge is kept from us by self appointed authoritys?

Our Myths, the legends, the lore, dumbed down by some other force keeping these legends in valuts away from our eyes.

The presence of Scota here in Scotas Glen, Co.Kerry is indeed mighty. And this visit deserves a post all of its own , when it is written, the link will be posted here to continue the energy weaving through the landscape.

One of many in Ireland/Eriu are natural water wells springing up from within the deep earth all over the country, there are literally hundreds of them and mostly called after a saint. Saints whicn often are derived from the early Christian or pagan ways of which one in particular remains in the heart of the Irish nation is Bridget.

We travelled to this well srpring of water, drinking from it, filling up our cup. The Blessed nourishment was greatly revered at one point , only a few today still visit these wells. The healing abilities associated with this well in the county of Limerick near the Kerry border is to restore eyesight.

This is a place when you arrive, bridgets loving cloak is felt enraptruing you within her joyous heart. The peaceful atmosphere here will draw you in, you cannot but help surrender to it.

Since the recent Winter Solstice we were awash with some of the highest frequency of new high dimesional light codes flooding into the earth and indeed us, the ones that are ready , aligned and shedding our old energy matrix energy for the upcoming number 7 year of 2023.
As women we are natural agents of CREATIVITY.
Here we go again… Happy New Year one and All☘️😘
Coming to end of 2022
My Word for 2023 is..
For some creational fun I like to refer somethimes to the CELTIC ANIMAL ZODIAC . This is a modern application of what I relate to as #animisim ⁠
It is written that long ago Giants roamed across this ancient terrain. So much that there are to this day Tombs and resting places attributed to these beings which were kept alive by the sacred Gaelic “Focail” (Word)
The return of the Tuatha De Danann has being prophesied from our ancient Irish historical texts.☘️ 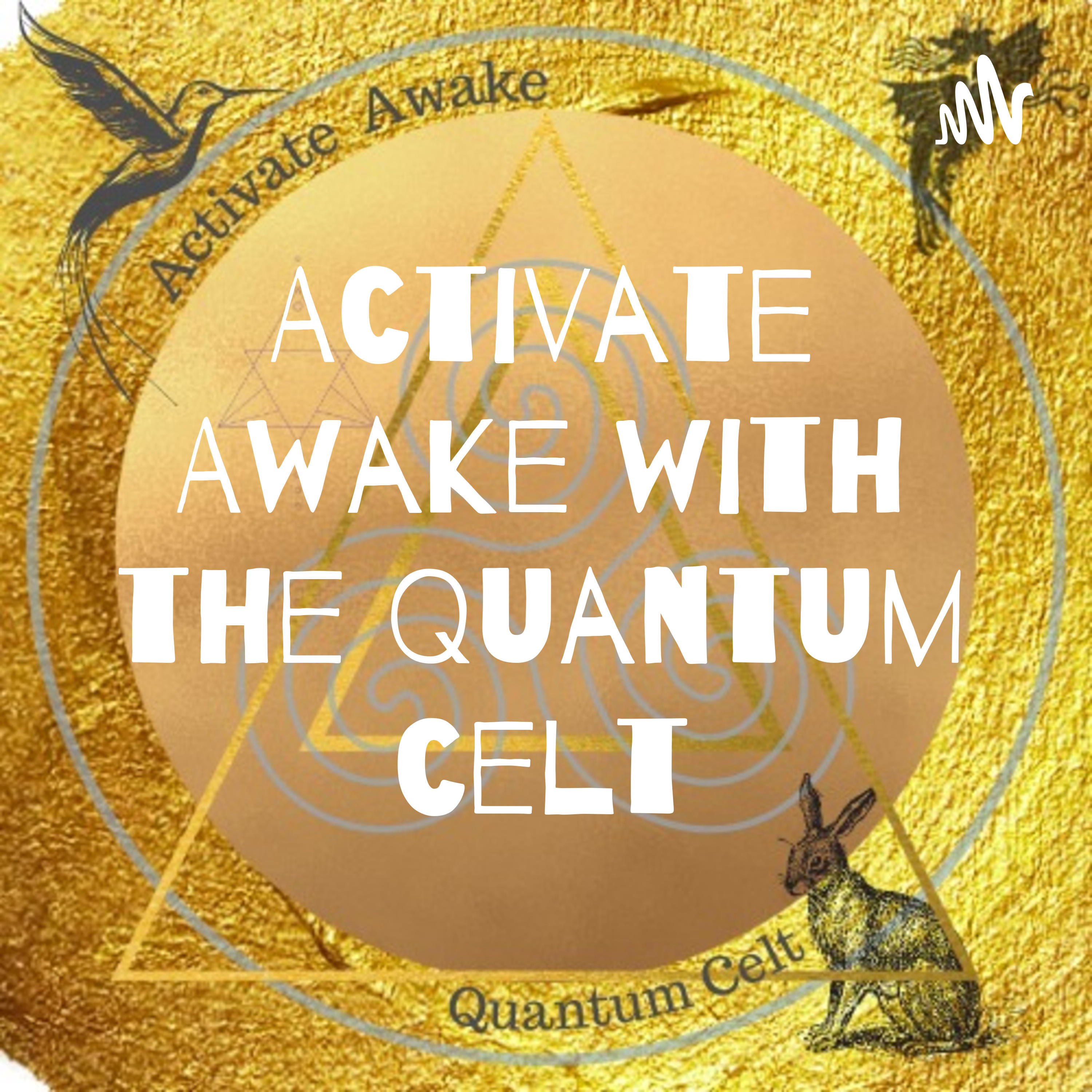 #auraregression #selfhealing    This is a section from a longer AURA Regression  session where listening technology was transferred into the clients home. It is remarkable how easily she detects it and without hesitation or fear her Higher self brings through so much energy and self directed power to remove these obstacles causing infringement to her.   The video clip of this is hosted on my website.   Siobhán is a Celtic Shamanka, a natural Intuitive, a Channel,  AURA, and RAAH Reiki Hypnosis practitioner and Oracle/Akashic reader.  Founder of Irish Lightwarrior Telegram channel and group 'Quantum Light Location network' see my website for further details about this.   To book appointments for my offerings email me at   snimhaillecelticempath@gmail.com   Find me on Social media    http://www.instagram.com/the_celticempath  http://www.facebook.com/sacrediaries https://anchor.fm/activateawakequantumcelt     ♥️ Looking to book a session? For details on my services, availability, and prices?     Visit my website:  http://www.activateawakeaurahypnosis.com    Read my Bio on A.U.R.A Practitioners directory website here:              https://aurapractitioners.com/members/aurzaahquantumcelt/  ☯ To find out more about this work, you can read more exclusive content in Auroras epic book,  Go check out Aurora the founder of A.U.R.A Hypnosis technique and R.A.A.H   Reiki healing.                            https://www.risingphoenixaurora.com/pages/galactic-soul-history-of-the-universe-book-1  For legal purposes: Siobhán is not a licensed physician, please see your Doctor for health concerns
Loading Comments...
%d bloggers like this: